A very brief review on the historical uses of medical cannabis

Cannabis has a long history 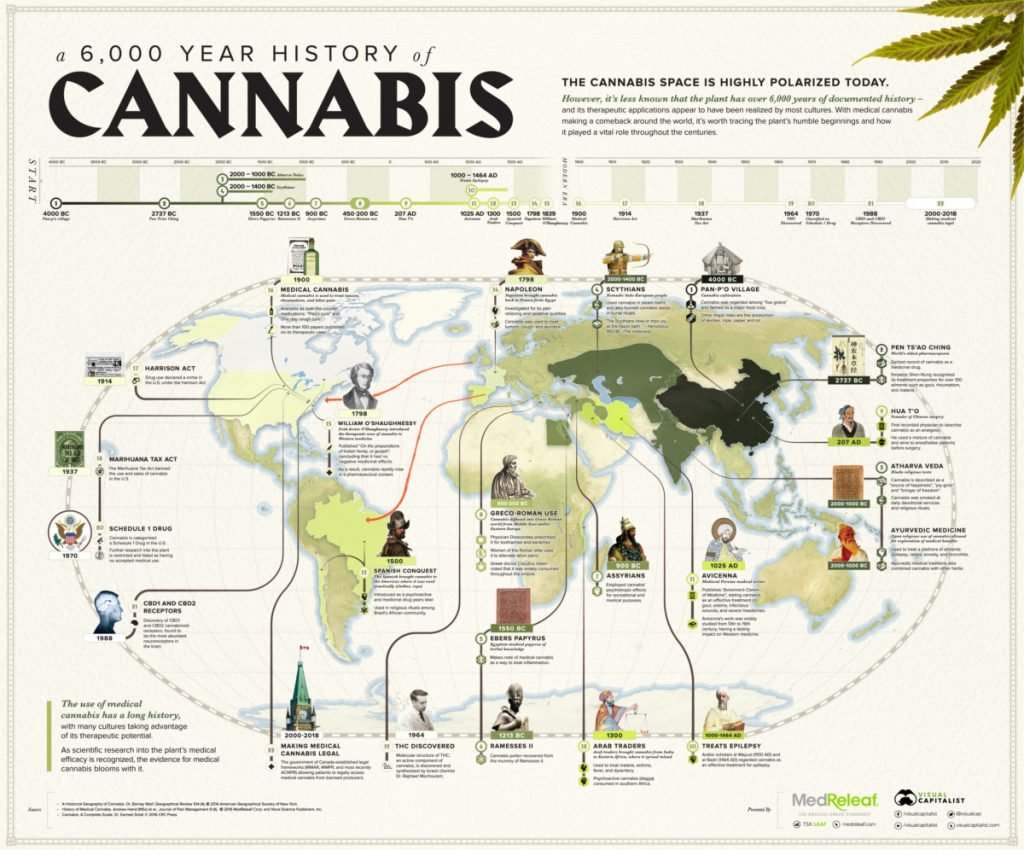 Cannabis has been used for centuries with general agreement among world leading experts that it began before recorded history.

For example, Professor Ethan Russo (2014) stated the origin of medicinal cannabis is “lost in time and mystery”, however, has certainly been used for millennia. According to Carl Sagan, cannabis may have been the first domesticated crop of humankind, and as such, responsible for the civilization of our species.

Amazing as it sounds, Sagan’s speculations are backed by evidence. Rätsch (2001) for example has contended that cannabis was the first plant cultivated by the Northern Tribes at the dawn of the Chinese civilization and used to manufacture chords, nets, and textiles. Hemp stems were used to produce the first paper of humankind.

As noted by Rätsch, the earliest archaeological evidence indicated that cannabis was used by shamans for its pharmacological properties dates from as early as 5,500 BC. Recent evidence seems to confirm that the use of cannabis as an intoxicant dates back at least 2500 years when it was apparently revered for spiritual enabling. The timing of these discoveries has led some scholars to speculate that stone-age traders were potentially “stoned” when they invented the wheel.

Across the ages from all corners of the planet, there is evidence that hemp/ cannabis has been used to treat a broad range of medical conditions and symptoms. Rätsch has described the centrality of cannabis as a medicine in cultures and countries as diverse as Tibet, Russia, Nepal, the Pharaohs, Northern and Southern Africa, Rastafarians, Brazil, Scythians (a collective term for nomadic horse people who lived on the Black Sea), and the Islamic-Arabic medical doctrines.

For example, the Islamic-Arabic medical doctrines provide a rich description of the importance of the use of hemp in the 12th century CE:

It is hashish that brings enlightenment to reason;

[but] he who devours it like food will become a donkey

The elixir is moderation; eat of it just 1 grain, so that

It can permeate the being of your existence like gold

That is to not to say hashish was without controversy in the Arab world. In the 14th century for example, it was reported that an Arabian Emir ordered the pulling of teeth for the offense of eating the plant (Lewin, 1931/1998).

The first recorded instance of cannabis being used for medicinal purposes was in China from Emperor Shen Nung’s pharmacopeia around 28th century BC when it was reportedly used in cannabis tea to treat gout as well as for appetite stimulation and anti-senility effects. Shen Nung is known as the founder of Chinese herbal lore and pharmacy and his pharmacopeia was supposedly compiled in 2737 BC but first written down in the 1st century CE of the Han Dynasty after being handed down in the oral tradition for millennia.

Indeed, according to Russo (2014) medicinal cannabis has a colorful history and has been used for a wide range of ailments including:

The medical value of cannabis was first recognized by modern western medicine in 1839 when Dr. William O Shaughnessy described encouraging results in treating rheumatism, cholera, and tetanus among others (Mikuriya, 2007). Medical cannabis was reasonably commonly prescribed for the next 80 years or so and its use for therapeutic purposes was explicitly highlighted in the seminal 3,000-page report of the Indian Hemp Drugs Commission (1894/2010).

While the use of medical cannabis has a long and colorful history, it’s only in recent times that scientists have started to understand how cannabis interacts with the body to assist with healing and therapeutic outcomes. This came about from the discovery of the endocannabinoid system in the 1990s.

Discovery of the endocannabinoid system

Scientists believe that the endocannabinoid system, or ECS, evolved in primitive animals approximately 600 million years ago and it has been called the most significant medical finding in the 20th century. It is a system of enormous importance to the human body and understanding its functions is central to understanding how and why cannabis can be an effective medicine. 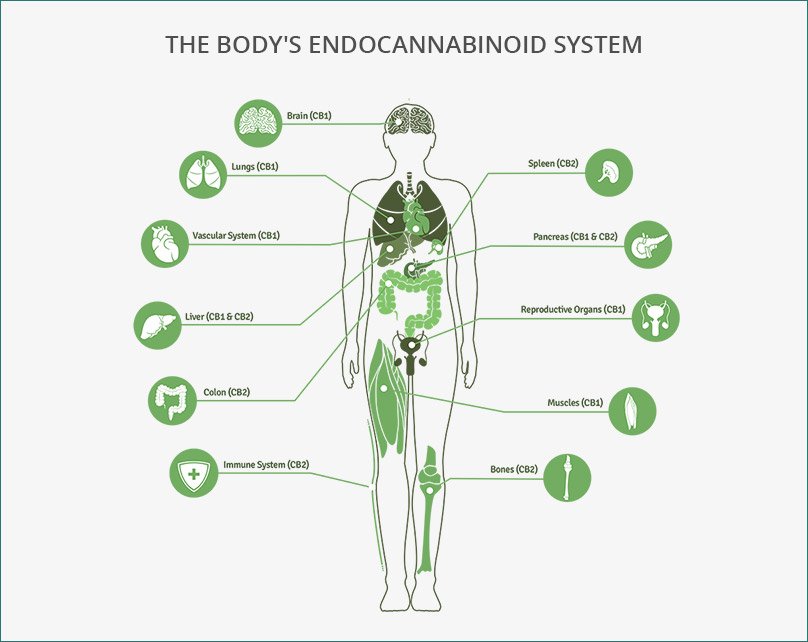 For example, the ECS may be responsible for performing “major regulatory homeostatic functions [principally the maintenance of internal equilibrium] in the brain, skin, digestive tract, liver, cardiovascular system, genitourinary function, and even bone” (Russo, 2016, p.594).

Others have stated that the ECS may be associated with modulating fertility, hunger, and aging (Blesching, 2015; Maccarrone, 2005).

What is so astonishing is that the ECS consists of a network of naturally occurring endogenous cannabinoids – in other words, the body naturally creates cannabinoids to deal with an imbalance within the human body.

In addition to these naturally occurring cannabinoids in the body, the ECS also consists of cannabinoid receptors (known as CB1 and CB2 among others) that respond to cannabinoids within the cannabis plant when consumed.

Due to the historical prohibition of cannabis, research around its effective is lacking and often conflicting. However, evidence is beginning to emerge that demonstrates medical cannabis can be effective for numerous conditions.  According to prominent Harvard medical cannabis practitioner Dr. Greenspoon, one of the most common uses of medical cannabis in the US is for pain control. According to Dr. Greenspoon, while cannabis is not strong enough for severe pain such as broken bones or post-surgery, it can be quite effective for chronic pain and may offer a safer alternative than opiates.

Other common ailments that doctors prescribe cannabis for include:

In short, there is a lot of potential for medical cannabis and as research continues it is expected that more uses will be identified.

Lewin, L. (1931/1998). Phantastica: A classic survey on the use and abuse of mind-altering plants. Rochester, VT: Park Street Press.

Maccarrone, M. (2005). Endocannabinoids and regulation of fertility. In Cannabinoids as Therapeutics (pp. 67-78): Springer.